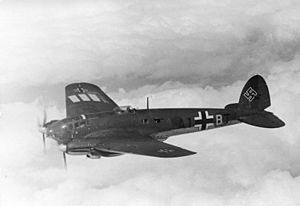 Malta photo-reconnaissance pilots are reporting large concentrations of torpedo-carrying aircraft at Cagliari, Decimomannu and Pantelleria, accompanied by a corresponding number of fighters.  An unusual number of E Boats and MAS have also appeared in Trapani and Pantelleria.  They also report a significant increase in German aircraft, including 30 JU 88s, 20 Heinkel IIIs and their transports, JU 52s, a Gotha 242 and three DFS 230 gliders.

0620 hrs  An enemy aircraft reports sighting of the Malta convoy.

0815 hrs  Radar contact alerts the convoy to the presence of enemy reconnaissance aircraft.  Two sections of four fighters from the convoy take to the air and patrol in turn throughout the day. Enemy JU 88s are flying at 20,000 feet or more, making it difficult to intercept.

0839 hrs  German submarine Uarsciek which has been shadowing the convoy overnight surfaces sends a radio signal to Rome.

1055 hrs  A message informs Syfret that a report of the convoy has been broadcast by Rome to “all units and stations”.

1218 hrs  Aircraft carrier Furious, screened by Lightning and Lookout moves out to the port quarter of the convoy for Operation ‘Bellows’  –       the delivery of Spitfires to Malta.

1229 hrs  Two flights of eight Spitfires are flown off the carrier.

1315 hrs  Eagle is hit on the port side by four torpedoes, fired from German submarine U 73, all within an interval of about 10 seconds.  Her engine rooms are damaged and boiler rooms flooded.  Operation Bellows is suspended while Lookout and Laforey are ordered to stand by Eagle.  Tug Jaunty also proceeds immediately towards the stricken carrier.

1350-1410 hrs  Operation Bellows resumes and the rest of the 38 Spitfires are flown off Furious.  One has a defect and lands on Indomitable.

1420-1430 hrs  Enemy aircraft approach from the starboard beam and pass directly over the convoy at a great height but do not attack – believed to be photo-reconnaissance.  Eagle’s survivors are transferred to Keppel, Venomous and Malcolm.

1634 hrs  Syfret receives a message warning that the enemy will probably make a JU 88 attack at dusk.  The convoy is made ready to put up a screen of anti-aircraft fire.

1515-1600 hrs  Seven Spitfires 229 Squadron Ta Qali are airborne to cover the arrival of Spitfires at Malta: no enemy aircraft are sighted.

1810 hrs  36 Spitfires are reported to have landed safely in Malta.

1825-2350 hrs  Nine Beaufighters of 248 Squadron take off from Ta Qali, their mission to shoot up Elmas and Decimomannu aerodromes in Sardinia.  They carry out a low-flying attack; most of the aircraft exhaust their ammunition on widely dispersed aircraft.  At Elmas, one hangar and two multi-engined aircraft are set on fire and planes badly damaged.  At Decimomannu, two Liberators and two Wellingtons co-operate in the attack.  All bombs are seen to burst on the aerodrome.  Five multi-engined aircraft are set on fire, of which two explode, and several others are seriously damaged.  Fires could be seen from up to 20 miles away.  Some of the Beaufighters are hit by splinters but are still serviceable.

1700-2045 hrs  The convoy is continuously snooped by three or more enemy aircraft, closely monitored by the fleet’s own fighters.

1830 hrs  Transfer of survivors to Keppel, Venomous and Malcolm is achieved.  Operation Bellows completed, five destroyers form a screen for Furious to depart for Gibraltar.

1854 hrs  Syfret orders the Senior Officer of destroyers to station Hunt class destroyers close to the flanks of the convoy by sunset.  In the event of an attack, the screen is to increase distance from the convoy to 6000 yards.

2030 hrs  Syfret receives confirmation that Cairo and 24 destroyers have been refuelled.  Radar reports show that the air raid is approaching.

2056 hrs  15 minutes after sunset, 30 JU 88s and six Heinkel 111 torpedo-bombers attack.  Destroyers on the port bow begin firing, followed almost immediately by the cruisers and battleships, and deter the Heinkels.  The JU 88s dive from 8000 feet to 2-300 feet.  Two aim for Victorious dropping two bombs close to her stern but cause no damage; the carrier’s own guns shoot both down.  One JU 88 drops two bombs near the refuelling vessels, one of which falls between the oilers and the escort, another dives on Jaunty but she counter-attacks, damaging the bomber with Oerlikon fire.  The convoy barrage is very effective; at least three enemy aircraft are shot down by ships’ gunfire.  No damage was done to any ships.  During the raid, radar picks up evidence of some submarine activity and three depth charge attacks are made by Quentin.

The convoy’s fighters are airborne to intercept the attackers but are unable to engage them due to poor light.  Some friendly fighters attempting to return to their carriers are fired on by their own ships.

ROYAL NAVY  Hythe escorted P31 and P34 from Marsamxett to end of searched channel. Submarines then proceeded on patrol and Hythe anchored at Marsaxlokk.  A Baltimore on reconnaissance sighted Force Y 30 miles 090 degrees from Kuriat.The disposition of Italian Naval Units as ascertained by reconnaissance aircraft during the day was as follows: Taranto one Littorio and three Cavour battleships; Messina, two cruisers; Naples, one cruiser.  Otus sailed and proceeded to Gibraltar. 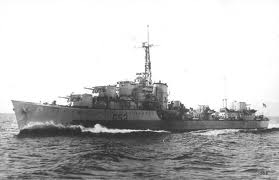 For Operation Pedestal Force Y, consisting of M/Vs Troilus and Orari escorted by Matchless and Badsworth sailed at 2030 hrs. Two Motor Launches escorted this force to a point one hour’s steaming from the end of the swept channel and then returned to Marsaxlokk where they anchored for the night.  Enemy warships were reported as having sailed from Cagliari at 2345 hrs, and to be steaming E at 25 knots. 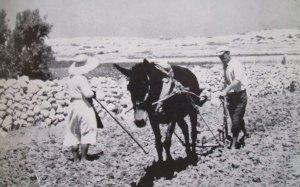 ”the absolute last issue from Island reserves occurs in five days, on 15 August.  After that we are down to the slaughter of horses and goats, once considered adequate for six months…the present census of animals on the Island is estimated to last from five to ten days.”  Mr Trench, manager of food distribution in Malta (1)

Army working parties on the airfields were ordered to down tools today in order to complete rehearsals for a ‘forthcoming convoy’ operation.  Thousands of men took part in the exercises, leaving only 500 at Luqa and 145 at Ta Qali to continue essential repairs and refuelling.  Transport was dispatched to sub-depots, ready for the collection and transfer of supplies from Grand Harbour into a network of storage facilities.  Tonight Malta command declared preparations complete: the Island’s forces are poised in anticipation that relief may be coming soon.

This morning the Masters of fourteen merchant ships were each reading the contents of an envelope marked “Not to be opened until 0800/10th August”.  The message inside was from the First Lord of the Admiralty.  It read:  “God Speed”.

Overnight the merchant transports navigated through dense fog to pass through the Straits of Gibraltar.  With their warship escort, they form the largest convoy yet assembled in an all-out attempt to supply Malta, code-named ‘Operation Pedestal’.  Ahead of them lie the most heavily-patrolled waters of the Mediterranean and an enemy determined to stop them.

The supply ships Almeria Lykes, Brisbane Star, Clan Ferguson, Deucalion, Dorset, Empire Hope, Glenorchy, Melbourne Star, Port Chalmers, Rochester Castle, Santa Elisa, Waimarama and Wairangi, plus oil tanker Ohio left the Clyde on 2nd August escorted by a protective fleet including cruisers Kenya and Nigeria and up to 16 destroyers.  En route, Masters and crews of the merchant ships have been extensively trained in communication and manoeuvring skills they will need in the face of the expected enemy attacks.

Commander of the convoy is Vice-Admiral E N Syfret, CB, whose flagship Nelson also sailed from Scapa Flow last Sunday.  By 1600 hrs today the convoy and escort forces were complete:

Two decoy convoys escorted by cruisers and destroyers are due to set sail from the eastern Mediterranean as a tactic to divert the attention of the enemy from the main convoy in the west.  One sailed from Port Said at dusk, the other from Haifa at 0400 hrs. They are due to rendezvous at 0800 hrs tomorrow morning and then to turn back when darkness falls.

1145 hrs  Air raid alert.  Sgt Mahar 185 Squadron is shot up and crash lands at Luqa: he is unhurt.  229 Squadron red section leader F/Lt Swannick breaks away at 7000 feet with his undercarriage down and does not pick up again.  A parachutist is seen going down in the sea and later picked up.  Sgt Sidney returned to base with his engine cutting out.  P/O Foster and another Spitfire see enemy fighters at 24-26000 feet.  They turn to attack but are jumped by two other fighters.  Spitfire pilots see bombs explode on Ta Qali but lose sight of the enemy aircraft.  They then receive a report of enemy aircraft heading north, change course to give chase but see nothing.

1915-1923 hrs  Air raid alert.  Four Spitfires 185 Squadron are airborne to search for unidentified aircraft which prove to be friendly.

1940-2030 hrs  Two Spitfires 185 Squadron patrol off the coast of Sicily for E-Boats: none sighted.  Two Spitfires 229 Squadron also search for enemy shipping, flying at an average height of 5-10000 feet.  The sight no vessels but see an unidentified aircraft, thought to be a Spitfire.

2003-2230 hrs  One Albacore of the Navy Air Service searches for enemy submarines but finds nothing.  Pilot S/L White and Observer Lt Lashmore crash-land on return to base, damaging the aircraft; they are unhurt.

Enemy casualties  Messerschmitt pilot Schmidt shot down into the sea: picked up by RAF rescue launch and taken prisoner.

ROYAL NAVY  Otus sailed and proceeded to Gibraltar.  Day One for Operation PEDESTAL of which a separate report has been made.  Force Y, consisting of M/Vs Troilus and Orari escorted by Matchless and Badsworth sailed at 2030. Two Motor Launches escorted this force to a point one hour’s steaming from the end of the swept channel and then returned to Marsaxlokk where they anchored for the night.