Reports appeared today of a speech by the Governor at the opening of the latest session of Government.  Lt General Dobbie praised the fortitude of Malta’s people who he says have “won the admiration of the whole free world”.  Their contribution is essential to the survival and defence of the Islands. 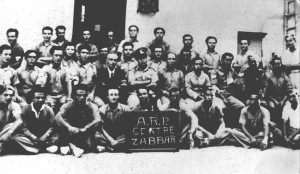 Nearly four thousand Maltese men have joined the military services.  Others have signed up for the Special Constabulary, the Air Raid Precautions Service and the Emergency Medical services.  Hundreds have formed labour forces, working tirelessly to rescue people from trapped buildings, remove bomb debris and to build defences and dig underground shelters.

Without those shelters, the death toll from Malta’s 350 bomb raids to date would have been much higher.  As it is, 344 people have been killed and 685 seriously injured – still a high casualty rate for a small island community. 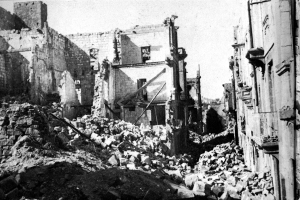 2552 houses have been destroyed or seriously damaged.  People living inland from the main bombing targets have opened their doors to house those who have had to leave their homes.  Each local community now has an organisation which looks after refugees, as well as the distribution of relief and rationing.  Every village has plans in place in case of a possible invasion.

“Malta remains a target for the enemy’s bombers and a thorn, daily more venomous, in the enemy’s side,” says Lt Gen Dobbie.“We are not merely spectators of these great happenings.  We have a place in the struggle and a share of responsibility for the course of events.”

A VIEW FROM DINGLI

“The area round the harbour became the prime danger area of Malta . It was thickly populated. The source of livelihood of the Maltese was built around the harbour… Now however the threat of being bombed in your home and buried alive was very real. Life is precious so they literary fled the area and boarded the first bus they could take to the villages furthest from the harbour. Dingli was a place that fitted their idea of safety .

Every bus that turned up from Rabat had a load of what we referred to as refugees… The school was turned into a huge common residence . Each class was divide by curtains and housed four families. Privacy was thrown to the wind

The population of Dingli shot up from 1700 to 4500. This caused a social mixing of great proportions. What amazes me was the fact that the populations with different cultures soon integrated . It was because one can assume that all were united against a common enemy and discomforts social or otherwise were silently accepted.

The newcomers laughed at our dialect.  The Maltese language being a semitic language will always retain the consonants but you can juggle all kinds of vowels even dragging them so long as you do not change the order of the vowels. So we the locals had fun imitating the way the refuges pronounced certain words. I am sure that these new residents had their laugh behind our backs at our way of pronouncing certain words. Indeed I am sure that they felt superior when speaking their form of dialect because they considered our dialect as a lower form of speech. However we learned to live with each other in quite a short time.

The civic organization came readily into action and every new family coming to live in Dingli  was soon registered. This was a necessity because the rationing system was soon to be introduced. The war carried on as planned by the warring sides. We were always on the look out to see the Italian Savoya Marchetti bombers flying very high in the sky on their way to the harbour area.”