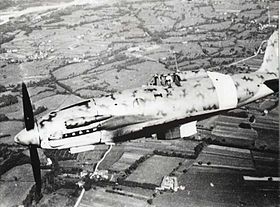 The employment by the enemy of the new Macchi 202 as a reconnaissance machine has now made it possible for him to recce the Island much more frequently, as these machines are very fast and always fly too high for interception by our own fighters.  It must be assumed that these machines were equipped with cameras in similar manner to our Photo Reconnaissance Unit Hurricanes and Spitfires.

0835 hrs  Two Macchi fighters crossed the Island. No damage or casualties; no bombs dropped. This is the 1000th air alert on the Island since the first raid in June 1940.

ROYAL NAVY  0500 hrs Ursula and Regent sailed for Gibraltar and United Kingdom to refit. Olympus arrived from Gibraltar with petrol and stores.

8th BATTALION MANCHESTER REGIMENT  Battle practices have been held on the Battle Practice Range, Pembroke. Rifle Companies and 4 Platoon took part, testing platoon in the attack. B Coy 2 Kings Own Malta Regiment are under command of the unit and training at Ghain Tuffieha camp.