0947 hrs  Six JU 88 bombers and thirty fighters approach Malta in two waves.  One formation peels off to bomb destroyers lying off the east coast; no damage is reported. The second formation of seven ME 109s and two JU 88s crosses the coast and attacks Luqa airfield, damaging two Blenheim aircraft on the ground. Seven Hurricanes of 185 Squadron and four of 242 Squadron engage the enemy.  Four Hurricanes are damaged, the pilots unhurt.  One ME 109 is destroyed and one damaged.  Two Hurricanes of 242 Squadron collide and crash into the sea.  Pilot P/O Blanchard is reported missing.

One ME 109 machine-guns Hal Far aerodrome.  Heavy Ack Ack and Bofors are engaged and no damage is reported; no claims.

1443 hrs  24 fighters and bombers approach from the north and attempt to bomb submarines off Delimara.  ME 109s launch a heavy machine-gun attack on submarines Urge and Upholder, and anti-submarine trawler Beryl.  Commanding Officer of Upholder (Lt.Cdr. M.D. Wanklyn, DSO, RN) is wounded and Beryl is rendered unfit for sea with minor damage and six wounded. 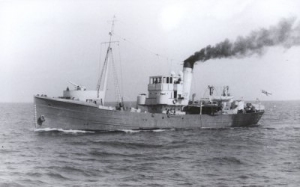 Bombs are also dropped in the Marsascala area despite a Heavy Ack Ack barrage.  Major G H W Wright is reported killed, and Lieutenant Colonel Wright, RA and two Other Ranks of the Dorset Regiment injured.  Eight Hurricanes of 185 Squadron engage with the enemy aircraft.  One ME109 is shot down and three others damaged.  One Hurricane crashes on landing; the pilot, Sgt Forth, is killed.

Twelve further enemy aircraft (including four ME 109 F’s) cross the coast.  JU88 bombers drop into a shallow dive to bomb Luqa.  Fifteen aircraft on the ground are written off.  Bombs are dropped in a quarry occupied by 2nd Battalion The Royal West Kent Regiment, damaging signals installations.  Heavy Ack Ack and Bofors gunners damage one JU 88.

2032 hrs  One enemy aircraft crosses the coast over St Julian’s.  The aircraft is engaged by Heavy Ack Ack barrage at 13,000 feet and jettisons bombs near Ta Qali.

2140-2210 hrs  Air raid alarm.  One enemy aircraft approaches from the north and drops bombs in the sea.

Enemy casualties  Luftwaffe Pilot Leutnant Joachim Louis destroyed one Hurricane earlier today, before being wounded in a counter-attack by another.  Still able to fly, his aircraft was hit again, and severely damaged, crashing into the sea.  In the search operation to recover missing Hurricane pilots, Leutnant Louis was picked up and taken prisoner.

(1) The vessel was the schooner Marie Georgette, skippered by Marcel Theuma, sailing from Malta to Gozo with passengers on board. Theuma managed to beach the vessel but it was attacked again and he was fatally wounded. Two other crewmen were killed.