The Governor & C in C reports on conditions for civilians in Malta to the Secretary of State for the Colonies in London:

By far the most important event in July was the arrival of the convoy; the successful unloading of which is now nearing completion. The effect of seeing so many ships in the harbour on the spirits of the population has of course been admirable. 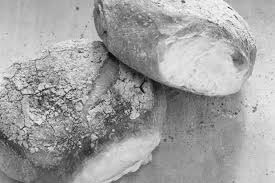 During July a scheme for mixing up to 20%, but not more than 30%, of potatoes in bread was brought into effect, the object being to save imported wheat and to ensure a satisfactory market to farmers, thereby encouraging them to plant potatoes in future. The scheme was made compulsory as from 1st August.  Considerable difficulty was experienced in persuading the more conservative bakers to come into line, but they have all now done so.

Plans have been completed for rationing edible oil, margarine and lard and this will be done as from the middle of August. Butter will not be rationed, as our stocks are very satisfactory and it is eaten only by a very small proportion of the population.  Consumption is extremely low.

Shelter work has now been started in Gozo and 75 shelters are now being constructed there. No miners from the regiment are employed as it has been possible to obtain the whole force needed of 174 miners in Gozo.

MALTA BLENHEIM SHOT DOWN OFF LAMPEDUSA

A Blenheim aircraft of 82 Squadron has been reported missing tonight after it was shot down during a raid tonight on enemy shipping in the southern Mediterranean. F/Lt A B Broadley’s Blenheim was the lead aircraft of three sent to attack Axis ships off the island of Lampedusa.  The Blenheims scored direct hits on the ships but faced heavy defensive fire, during which F/Lt Broadley’s bomber was hit and forced to land in the sea half a mile offshore.  The air gunner of a second Blenheim was injured.

The other two members of the missing Blenheim crew have been named as Wireless Operator/Air Gunner Sgt V Marsh and Observer Pilot Officer A S Ramsay. All three arrived in Malta less than a month ago.

AIR HQ Departures 1 Blenheim. 69 Squadron Five reconnaissance flights, including one by five Marylands, covering Sicily, Tripoli, Lampedusa, Marittimo and Cape Carbonara.  One Swordfish Fleet Air Arm patrolled Ionian Sea. 105 Squadron 6 Blenheims sent to attack convoy failed to locate after a search. 82 Squadron 3 Blenheim successful attack on shipping in Lampedusa.  One Blenheim was hit by anti-aircraft fire and force-landed in the sea ½ mile from shore. The air gunner of another is was injured.