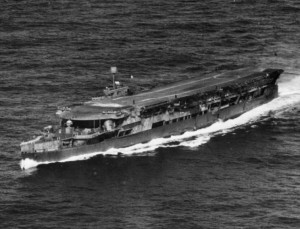 After successfully delivering 21 Hurricanes to Malta on Friday the aircraft carrier HMS Ark Royal returned to Gibraltar where another 26 aircraft were transferred from HMS Furious.  With 16 Hurricanes still on board, Furious sailed with Ark Royal yesterday escorted by cruisers Renown and Hermione with seven destroyers.

This morning both carriers reached the rendezvous this morning and the Hurricanes began to take off in groups, each led by six Blenheims which would guide them to Malta. However, the tenth aircraft to take off from Furious had collided with the bridge of the carrier, starting a fire which killed three Fleet Air Arm officers, damaged five other Hurricanes and injured their pilots.  Accompanied by Ark Royal and escort the carrier turned back immediately for Gibraltar.

Anti-aircraft guns have been put in position to prevent the landing of enemy troop-carrying aircraft. Obstacles have also been erected around the coast with the same object.  Anti-shrapnel mines have been laid along ditches beside the Victoria Lines and also in the Ta Qali areas in the north.

The Royal Malta Artillery has 20 fewer officers than it needs. The Governor and Commander in Chief has submitted an application to the War Office for approval to grant five immediate commissions.  Eleven cadets are currently under training at the local Artillery School.

Approximately eight of a draft of 27 officers now believed to be in Egypt were originally asked for to cover RMA vacancies which it was anticipated could not be done from local resources. Lt Gen Dobbie is keen for additional officers to be provided from this source to make up the numbers to full strength.

1200-1219 hrs  Air raid alert for 11 Macchi 200s which approach to within 25 miles north east of Malta in two formations.  Hurricanes 46 Squadron are scrambled and intercept just below cloud at 17000 feet, shooting down two Macchis.  A third is chased by a Hurricane to within 15-20 miles of Sicily, attacked and damaged.

GENERAL STAFF  Improvement in mail deliveries and weekly broadcasts are much appreciated by all ranks.

ROYAL NAVY  Good progress was made in the month in clearing the corners of the harbours and the dangerous area of the North East Coast of enemy mines.

AIR HQ Arrivals 35 Hurricane, 6 Blenheim. Departures 3 Blenheim. 69 Squadron 6 Marylands sorties on reconnaissance. 82 Squadron 6 Blenheims made a low level attack on ships in Tripoli Harbour.  Six direct hits were made on a merchant vessel, probably the Erperia  and two on the Oceania or Neptunia.  Seaplanes on the water and disembarked troops were machine-gunned.

KALAFRANA  June saw a considerable increase in the use of Kalafrana by flying boats on communication flights between the UK, Gibraltar and Middle East. There were 31 arrivals and departures during the month.  The increase in operations from the Island increased demand for services of the Marine Craft Section for search and rescue work.  15 patrols rescued 8 British personnel (1 dead) and 2 Italian (1 dead).  3 patrols by Swordfish resulted in the rescue of one Italian pilot.