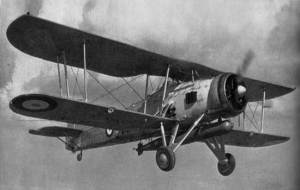 Two airmen have been reported missing this morning after they failed to return from a bombing mission over Libya. Sub-Lieutenant W E Grant was pilot of one of nine Swordfish of 830 Squadron Fleet Air Arm dispatched from Malta last night to attack Tripoli Harbour. Other returning pilots reported that Grant’s aircraft was shot down by the harbour’s defences.  They were unable to say whether the crew had survived.  Missing with S/Lt Grant is crew member Leading Airman W E J Thompson.

The Governor and Commander in Chief applied to the War Office today for additional officers to strengthen the command of the Royal Engineers in Malta. The current establishment of Fortress Headquarters is four officers and of 24 Company is five.  Lt Col Eaton-Matthews’ recent appointment to higher command as Chief Engineer and the departure of another senior officer to the Middle East has left the Regiment short-staffed in Malta.  The Royal Engineers are responsible for the construction and maintenance of infrastructure and transport for the war effort, as well as for bomb disposal in all areas outside of Navy and RAF premises.  Today’s request is for three officers (sub-lieutenant rank), trained in Field Company work.

In other communications today, Lt Gen Sir William Dobbie asked for additional Royal Signals personnel as well as confirmation that RAOC personnel authorised on 5 February last are already on their way to Malta.

0622-0643 hrs, 0805-0830 hrs, 1215-1233 hrs, 1511-1535 hrs, 0430-0457 hrs Air raid alerts for enemy fighters which patrol around the Island without crossing the coast. One fighter patrol from Sicily searches the area on the route south east of Malta through which Wellingtons and Hurricanes had passed coming from the Middle East 15 minutes before.  Four Hurricanes were scrambled on five occasions through daylight hours but enemy does not approach near enough to make attack necessary.  Bad weather interferes with carrying out interceptions away from the Island.

ROYAL NAVY Abingdon and Fermoy carried out a searching sweep north of the Hurd Bank to see if that area had been mined.  No mines were observed.  The opportunity was taken of sweeping out Regent and Upholder.

1st Bn CHESHIRE REGIMENT  The men are getting many games of football and hockey, which helps to relieve the monotonous work.

8th Bn MANCHESTER REGIMENT  Anti-parachute posts in Bingemma Valley ceased to be manned during the night.