AIR CHIEFS OF STAFF IN LONDON TO SEND FIGHTERS 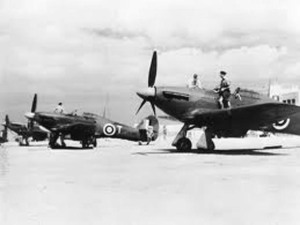 The Air Chief of Staff in London is preparing to make representations to the War Cabinet on the question of reinforcements of air forces in the Middle East and Malta. As winter approaches it is believed that air raids on Britain may diminish. At the same time, recent troop movements have shown that the Axis powers are turning their attention to the Middle East theatre, where it is believed a ‘most serious danger’ is developing.

Plans are already in hand to increase the existing flight of Hurricanes in Malta to a full squadron of 16 aircraft plus reserves. An additional 12 aircraft will soon be on their way to the Island. In addition, the existing Glenn Martin unit at Malta is to be brought up to a full flight of twelve with the delivery of six additional aircraft.

However, the Air Chief‘s report stresses that the rapid delivery of reinforcements by air would not be easy. The air route to Malta is liable not only to enemy attacks but to adverse weather. Reinforcements also require maintenance personnel and equipment which must be transferred by sea – currently involving a three month time lag as ships have to travel the long sea route round the Cape to reach Egypt.

DECEASED ITALIAN AIRMAN PICKED UP FROM THE SEA

Authorities in Malta have been trying to identify a deceased Italian pilot brought into Malta today. The body of the airman brought into Grand Harbour on board a Royal Navy vessel was examined by a doctor and an officer of the RAF. No identification documents were found, only the initials F A marked on his clothes. However, official papers found in the pockets included a report signed by Lt Adolfo Ferrari, which is thought to be his name. His aircraft is believed to have left Castelvetrano to conduct reconnaissance including over Kalafrana in Malta. 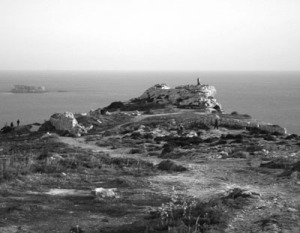