A dozen 1000kg (1 ton) ‘Hermann’ High Explosive bombs were dropped in three air raids targeting Malta’s submarine base this afternoon.  During three raids the bombs fell the tiny island and the peninsula of Tigne, where one barrack block was damaged and nine military personnel injured. 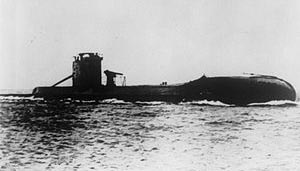 “… poor Manoel Island suffered yet again. Manoel is a little island about a mile and a half in circumference. It lies exactly opposite our home, at a distance of 500 yards. It is the Submarine Base and is called HMS Talbot. There are usually at least four submarines lying there, resting and replenishing between their ‘patrols’ which occupy about a fortnight at sea. The men live ashore in an old building which used to be the Lazaretto or infectious hospital. It is heavily defended with 4 big A-A 3.5 guns as well as smaller stuff. The barracks have been hit several times, the Chapel which has a very attractive facade which faces us has been gutted, but the facade still stands… two Greek officers who are part of the Ship’s Company of a Greek submarine which has been working with us were killed.” (1)

Last night a Malta-based submarine, HMS Upholder, torpedoed and sank an Italian merchant ship SS Tembien 24 miles out of Tripoli – unaware that the vessel was carrying 469 Allied prisoners of war who had been captured at Tobruk.  390 died, plus 68 Italians and 10 Germans.

ESSENTIAL SPITFIRES ARE ON THE WAY

Squadron Leader Stan Turner DFC & Bar (maltagc70: 24 Feb 42) – now leading 249 Squadron in a mission to strengthen fighter operations from Malta – has become increasingly frustrated at the lack of suitable aircraft complete his task.  Every day he collects reports of unsuccessful attempts by the Island’s remaining Hurricanes to fight off superior Luftwaffe aircraft.

According to one of his able pilots, Flt Lt Laddie Lucas:  “here, on this battered and isolated Island set in a mainly hostile sea, everything had to be improvised. The do-it-yourself, make-do-and-mend, cobble-the-parts-of-three-damaged-aircraft-together-to-make-one-fly concept ruled everywhere…Out of some sixty or seventy aircraft in varying states of damage and disrepair, there was a daily average of a dozen serviceable Hurricane IIs on the Island against Kesselring’s front-line strength of some 400 aircraft in Sicily.”

After two weeks on the island Turner gave Malta’s Air Officer Commanding an ultimatum:  “Either sir,’ he said to Lloyd, ‘we get the Spitfires here within days, not weeks, or we’re done. That’s it.”

Today Turner prepares to receive his first delivery of fifteen Spitfires, on their way from Gibraltar via carriers Argus and Eagle, under the protection of convoy Force H.  Meanwhile fifty personnel of 249 Squadron are transferring to Luqa aerodrome, from where they will operate the long-awaited Spitfire flight.  (2)

0742-0749 hrs  Two ME 109 fighters approach from the north and attack a submarine off the entrance to Grand Harbour.  They recede northwards without crossing the coast.

1200 hrs  Twelve Hurricanes are airborne from Ta Qali: no interceptions.

1435 hrs  Five Hurricanes are scrambled from Ta Qali and intercept JU 88s and fighters, scoring strikes on both: no claims.

1535 hrs  Nine Hurricanes are scrambled from Ta Qali: no interceptions.  All aircraft return but four land at Hal Far.

1538 hrs  Twelve plus ME 109s patrol the Island first, then three JU 88s come in from the north, are engaged by Heavy Ack Ack and drop bombs in the sea to the east.

1640 hrs  One Hurricane is airborne; lands at Hal Far.

2106-2143 hrs  One aircraft approaches from the north and drops bombs in the Ta Qali area.  Heavy Ack Ack engage.

2312-2336 hrs  One aircraft approaches from the north over Gozo and drops bombs in the Salina Bay area.  Heavy Ack Ack engage.

0535-0618 hrs  Two aircraft approach from the north; the first does not cross the coast.  The second approaches Grand Harbour, is engaged by Heavy Ack Ack and drops its bombs in the sea.

TA QALI  249 Squadron personnel move to Luqa: 50 of them to operate from there with Spitfires.

1st BN THE CHESHIRE REGIMENT All Companies went for route march and run.