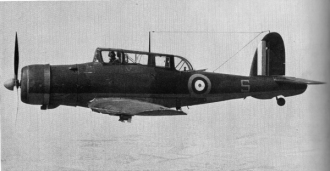 0703-0807 hrs  Nine plus aircraft approach from the north in three raids.  Heavy Ack Ack fire immediate barrage. The aircraft are believed to be searching for a friendly destroyer to the south of the Island.

0814-0834 hrs  One JU 88 bomber approaches from the south and bombs HM ships south east of Delimara.  A Hurricane engages the enemy without result.

0916-0925 hrs  One JU 88 approaches from the west, crossing the coast near Dingli.  Heavy Ack Ack engages.  Bombs are dropped near Bingemma and a stick of five is dropped 400 yards south east of Gomerino.  One Hurricane is airborne but does not engage.

0954-1132 hrs  Two JU 88s and four groups of three or more ME 109 fighters carry out a patrol round the Island.  ME 109s at heights from 9000 feet down to 500 feet; they are believed to be attempting to intercept Malta’s reconnaissance aircraft.  Guns do not engage, as aircraft are out of range.  One Hurricane airborne until 1007 hrs.

1245-1345 hrs  Three JU 88s and escorting ME 109s approach from the north as two raids.  Bombs are dropped near Benghaisa Point, including one on a gun position, damaging three buildings and injuring one man.  Heavy Ack Ack engages; no Hurricanes airborne.

1511 hrs  Three JU 88s and nine ME 109s cross over Kalafrana.  The JU 88s drop bombs on Hal Far, setting fire to two Skuas and one Swordfish, destroying all three.  A second Swordfish and five Hurricanes are slightly damaged.  Four soldiers of a working party filling in craters on the aerodrome are badly wounded; another five are slightly injured.  Four ME 109s circle overhead at 4000 feet, engaged by Heavy Ack Ack fires and Bofors guns.

1621 hrs  Air raid warning.  Bombs are dropped in Marsaxlokk Bay and on Safi landing strip.  No damage or casualties.

1629-1659 hrs  Three JU 88s with escorting ME109s cross the coast to the east of the Island and drop bombs between Hal Far and Safi.  Heavy Ack Ack fire barrages.

2021-2119 hrs  Eight aircraft approach from the north in quick succession; only one crosses the coast.  Bombs are dropped in the sea off Tigne, St George’s Bay and Ricasoli.  Flares are used off Zonkor Point.  Heavy Ack Ack fires five immediate barrages.  There are indications that the enemy is laying mines.

2305-0105 hrs  Three aircraft approach from the north and patrol round the Island, dropping bombs in the sea off Salina Bay and Zonkor Point.  Guns did not engage.

Night   25 bombers take part in six raids, using flares ineffectually – the first time flares have been used over Malta for many months – but in spite of illuminating Grand Harbour most of the bombs dropped out to sea.

AIR HQ  Departures  Four Blenheims, one Hudson, one Wellington to LG224; one Catalina to Gibraltar.