30 October 1941: No Axis Convoys Seen in Mediterranean For a Week

REPEATED RECONNAISSANCE FROM MALTA HAS DETECTED NO CONVOY ACTIVITY 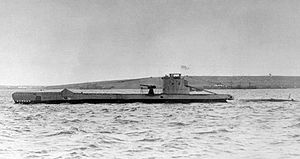 The British SS City of Lincoln and SS Dunedin Star have arrived at Gibraltar from Malta after having been unsuccessfully attacked on three occasions by enemy aircraft, two of which were probably damaged.  Air reconnaissance has failed to locate the SS Empire Guillemot; she may have been sunk off the Algerian coast.   HM Submarine Urge has reported that she torpedoed two ships off Kuriat Island on the coast of Tunis.

Blenheims from Malta made a number of daylight attacks on objectives in Italy, Sicily and Tripoli. Although reconnaissance and sweeps were flown in search of shipping, no convoys were located and there were no reports of the successful attacks which have been a feature of our operations in the central Mediterranean in the past.  Night attacks were made on Naples and Tripoli.

On two days a total of 16 Blenheims, after an unsuccessful search for shipping in the Gulf of Taranto, attacked targets in southern Italy. A goods train at Cotrone was destroyed, and hits were seen on the railway line and several bridges.  At Cantanzaro factory buildings, sidings and a pumping station were hit, resulting in a large fire accompanied by dense clouds of black smoke, probably from burning oil.  Bombs also fell on factories at Locari and Siderno, where the gas works were hit and a large fire broke out.  Five Blenheims bombed Licta, Sicily, and all bombs were seen to burst in the target area.  Six Hurricanes also attacked a factory and railway sidings at Ragusa.  Two night attacks were made on Naples by a small force of Wellingtons but weather was bad and no results were observed.

Twenty Blenheim sorties were flown over the African coast. The principal objectives were Misurata, the coast road and an enemy camp.  Accurate observation of results was generally impossible, but a building at Buerat was seen to be demolished and two fighters were damaged on the ground at Zuara.

Tripoli was attacked on five nights of the week by a total of 36 Wellingtons. Several sustained attacks were made, lasting on one occasion for five hours and on another for eight.  Hits were seen on the moles, seaplane station and on the railway yards, where there was a large explosion and fires broke out.

Government and civilian property in Malta was slightly damaged during a night attack by four Italian aircraft. A daylight raid by four bombers, preceded by 27 fighters, resulted in a fuel dump being set on fire and other minor damage.  One enemy fighter was destroyed and a bomber and a fighter severely damaged; one Hurricane was lost.