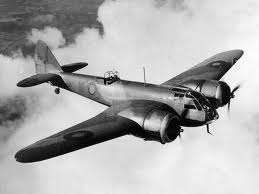 RAF Blenheim bombers are to be deployed to Malta to support Royal Navy operations in the Mediterranean, including the protection of convoys transporting essential supplies and personnel to the Island. The Blenheims will be supported by detachments of six Beaufighters at a time, fitted with special equipment to communicate with ships.

Air chiefs of staff in London wanted to send the heavier Beauforts to the Island but conditions currently make it impossible to base them in Malta. A detachment of six Blenheims is expected, with a further six possibly to come.

The attention of service personnel has been drawn to the persistent disregard of the regulations governing the speed of motor transport. This violation of regulations not only renders offenders liable to disciplinary action but is an extravagant use of petrol, as the authorised speeds are the most economical.  The speed limits for all military mechanised transport in Valletta and in all towns and villages are 25 mph for motor cars and 15 mph for all other vehicles. Vehicles found exceeding this speed will be stopped and reported to Command Headquarters.  In the event of it being proved that the vehicle exceeded the approved speed, the driver (if a soldier) will forfeit his leave for two months.

0929-0940 hrs  Air raid alert for a JU 88 escorted by eight ME 109 fighters. The JU 88 carries out reconnaissance of Grand Harbour at 25000 feet while the fighters stay at higher altitude.  Hurricane fighters are scrambled; two are engaged by four ME 109s at 29000 feet but sustain no damage.

1530-1604 hrs  Air raid alert for one JU 88 bomber which carries out reconnaissance, escorted by six ME 109s. The bomber crosses the coast and is engaged by heavy anti-aircraft guns; no claims.

ROYAL NAVY  Regent returned from the visit to Kotor which she found in Italian hands. After being in harbour nine hours the submarine was dive-bombed, suffering severe damage to her battery.  She sailed hurriedly, leaving one officer behind and bringing an Italian Army officer as hostage.

HAL FAR  A second ambulance arrived from Kalafrana for duties at Safi.

2nd Bn DEVONSHIRE REGIMENT  Morning ‘stand to’ is at 0500 hrs from today.