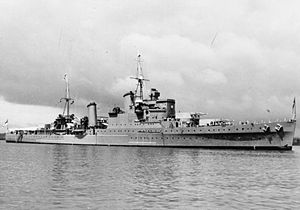 CROWDS RUSH TO AID OF CARRIER

The moment Illustrious berthed last night, hordes of people rushed to her side: firemen with hoses to put out the still burning fires, doctors and ambulance men to attend to the wounded, stretcher bearers to carry them, seamen from other ships,, surveyors to see to the first needs of an impossible task of making the ship seaworthy, and others who in one way or another had a job to do. All of them worked their way in a forest of twisted, torn and blackened steel.  At first light this morning the Maltese dockyard workers took over.  Their specific orders were not to deal with the smashed deck and twisted alleyways, or anything else above the waterline, but to attend only to the bare essentials that would make it possible for the ship to go to sea and quickly.  Divers went down to examine the bottom, the fitters invaded the engine room, and the welders began to weld holes…  The dockyard workers worked like ants until late and only left when others came to take their place. (1)

HMS Gallant damaged by a mine

The Operation Excess convoy today endured further determined attacks from Luftwaffe aircraft.  With the departure of HMS Illustrious and its Fulmar squadron, the remainder of the convoy was left without defensive air cover.  12 JU 87 Stukas launched a further dive bombing attack on the convoy’s cruiser force. HMS Gloucester was hit by a bomb which failed to explode but Southampton suffered three major hits which started large fires. The crew fought in vain to control the blazes but late this evening the captain issued the order to abandon ship. Southampton was then sunk by torpedoes from Gloucester and Orion.  Casualties from Southampton totalled 80 dead and 87 wounded; Gloucester lost nine dead and 14 wounded.

As the convoy and escort passed through to Malta, the destroyer Gallant was mined, lost her bows, and had to be towed in to harbour with Bonaventure, Griffin and Mohawk.  Disembarked Bonaventure: 404 Searchlight Battery Royal Artillery officers 1, other ranks 57.

0745-0848 hrs Air raid alert for six enemy aircraft reported approaching the Island. One SM 79 flies over the Island at 33000 feet on reconnaissance.  One Maryland is airborne with the task of shadowing any identified German aircraft, especially dive bombers, in order to track them back to their base.  Six Hurricanes are scrambled; one sees the raiders but they are too far away to intercept.  One Hurricane crashes in flames at Ta Qali, killing the pilot; the cause is unknown.

0837 hrs  A defence post of 2nd Bn Devonshire Regiment reports seeing a cruiser heading towards the Island with a damaged destroyer in tow.

0838 hrs  Southern Infantry Brigade warns 2nd Bn Royal West Kent Regiment to expect 90 prisoners of war shortly, for which they are to provide a guard.  Only three prisoners were disembarked.

AIR HQ  0445-1457 hrs Sunderland sweep ahead of eastbound convoy. 0530-1515 hrs Sunderland patrol western Ionian Sea.  0600 hrs  Maryland despatched to reconnoitre Taranto for shipping and Catania and Comiso aerodromes.  Pilot signalled at 0900 hrs information of ships at Brindisi, though not instructed to recce there.  The aircraft has so far failed to return.

ROYAL NAVY  Bonaventure and Griffin arrived escorting Mohawk towing Gallant, the bows of the latter having been blown off.  Griffin sailed pm, leaving Bonaventure and Jaguar.  The last two were to have returned to the westward but were retained at Malta pending developments.