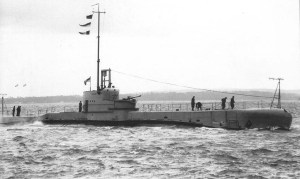 HMS Regent arrived for repair today after a collision in the Ionian Sea.

Governor and C in C Lt Gen Dobbie has today rejected suggestions from London that Malta could be protected from outside, instead of implementing his full demands for reinforcements. Military high command has proposed that in the event of an Axis attack a relief force could be sent to the Island within four days (rather than seven as previously estimated), reducing the strength of forces needed in Malta. They have also suggested that the presence of light naval forces at Malta could deter such an attack.

Lt Gen Dobbie’s response to the Chief of Imperial General Staff was swift: “…light naval forces stationed at Malta will not even affect the likelihood of attack, since the Italians are well able to detach sufficient forces to deal with them without unduly weakening their main fleet. But in any case the presence of the light naval forces will not affect the strength of the sea-borne attack if the enemy decided to make it. Consequently the strength of the garrison needed at Malta cannot be reduced on these grounds.

If the [time taken to relieve the Island] were reduced to four days, this would also have no effect on the size of garrison required. It is not so much a question of holding on in certain positions, as of rapid and ruthless counter-attacks to dislodge the enemy whenever and wherever he gains a footing.  The forces which I advised were needed for seven days cannot safely be reduced for a slightly shorter period.

Further, the projected increase of air defences, ie 12 additional Hurricanes and 24 heavy and 16 light guns, though very welcome, is not in itself enough to ensure that the enemy shall not secure air superiority should he really determine to gain it. It will, however, render his task more difficult and force him to employ larger air forces for this purpose. This is likely to constitute some deterrent but cannot be counted on to be completely effective.

In fact the amount of protection from low flying attack against our ground troops which our air forces will be able to afford, if full dress attack is launched, cannot be great. Therefore I cannot advise in answer to the Secretary of State’s query that, in the circumstances he outlines, a smaller defence force is needed.

I recognise that the enemy’s difficulties are very great, especially in ensuring that the British Fleet is kept out of the way for a sufficient time. Our forces here are strong enough to ensure that his effort must be a big one. But if he succeeds in making an opportunity and seizes it with both hands and goes all out, any smaller garrison than I have suggested would be unwise, in view of the very big issues at stake. The above is the unanimous view of the defence committee here as well as my own.”

ROYAL NAVY  Regent arrived for repairs having been in collision with a caique in the Ionian sea. She suffered extensive damage to her forward hydroplanes.